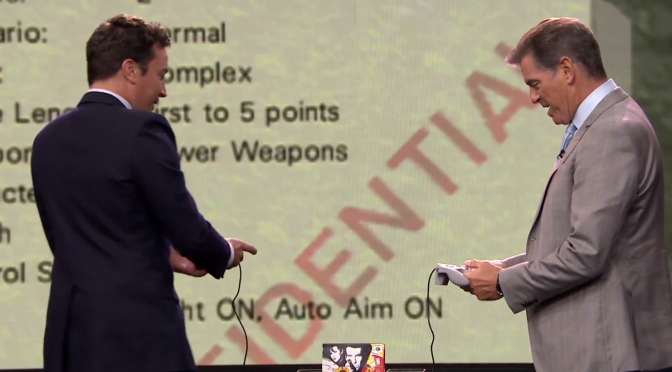 A survey conducted by the Independent Game Developers Association has identified Valve as the most desirable game developer to work for. The team behind the likes of DOTA 2, Team Fortress 2, Portal and the digital distribution platform Steam came on top in a poll of over 2,200 developers ahead of the likes of BioWare, Activision Blizzard and even the potential to work independently.

Although Valve have not created a new game for a couple of years now (focusing instead in getting SteamOS & Steam Machines into the living room and denying the existence of Half Life 3), developers have identified the open minded approach to completion of tasks and flat organization of employees as a big factor in why they would want to work there. Other developers appearing in the Top Ten included Ubisoft and its many subsidiary studios, Nintendo, Naughty Dog, Double Fine & Bethesda.

EA have confirmed that the Xbox 360 and PS3 versions of FIFA 15 will not include the long running Pro Clubs feature, which allowed players to create an individual Pro and join ten other players online to participate in 11 vs 11 matches online – which in my experience most of the time turned into a mess of consistent offside decisions and a serious lack of attention to defending.

Most other features, including the ludicrously popular Ultimate Team, online tournaments and Career Mode will remain intact; the lack of Pro Clubs however suggests that EA might be willing to jettison last-gen versions of FIFA more quickly nowadays – although it might be hard to believe, PS2 versions of the game were still being made all the way up to the last installment, FIFA 14.

In related FIFA news, EA have also confirmed that Chelsea’s young Belgian attacker Eden Hazard will join Lionel Messi on the boxart for the English version of the game – shockingly, neither of them seem to have their mouths open shouting, which has been a trademark of FIFA boxart covers for years.

The PlayStation 4 version of indie juggernaut Minecraft has been delayed after the game mysteriously failed to pass certification. The port, which is being handled by Scottish studio 4J (who have previously carried the PC title to PS3 and Xbox 360) has gone back to receive further fixes. It’s rare to hear a game publicly being sent back due to failing certification – its even rarer that a game as essentially basic as Minecraft would fail at all.

It is unknown at the moment whether the delay will affect the release of the game on Vita, but it is highly unlikely the game will make its scheduled August release date.

Over 335,000 people attended the GamesCom conference in Cologne this year, according to figures released by organisers Koelnmesse. While the figure is slightly down on 2013 numbers, this year’s show featured more exhibitors and covered more floorspace. The recently delayed 4vs1 shooter Evolve picked up Best Of Gamescom award.

The 2015 conference has been dated for 5-9th August, so start planning out your travel expenses now!

On the Deals O’clock front, the Humble Jumbo Bundle 2 has launched this week offering people the chance to donate to the Child’s Play & American Red Cross charities and pick up 11 games in the process, with more titles to be added soon. As ever with the Humble Bundle sales, people can nominate how much they pay.

Currently, the games on offer are The Incredible Adventures of Van Helsing Complete Pack, Deadlight & Galactic Civilizations II: Ultimate Edition; paying above the average price of $6.48 will unlock Terraria, The King of Fighters XIII Steam Edition & Crusader Kings II + three DLC unit packs. Stumping up $15 or more will also add Age of Empires II HD + The Forgotten DLC and Age of Empires III: Complete Collection. Soundtracks are also included for several of the games in the Bundle.

The Last Of Us Remastered has followed in the footsteps of Titanfall & Watch_Dogs to become the third game of the year to maintain three consecutive weeks at the top of the UK Game Sales Charts, as the summer drought chugs on for another week or two. Naughty Dog are offering the next two multiplayer maps for TLOU for free as a goodwill gesture for some notable online matchmaking issues in recent weeks.

1 – The Last Of Us: Remastered (Naughty Dog)

Anyone with fond childhood memories of the legendary N64 shooter Goldeneye, or indeed anyone who has illusions that James Bond himself might be good at the game might want to avoid a video that popped up online this week. During an interview on The Tonight Show with Jimmy Fallon, Pierce Brosnan (who assumed the role of 007 between 1995 & 2003) was invited to take on the host in a deathmatch, and demonstrated that he’s pretty terrible at the game which adorns his own face on the boxart. If you do want to see some incompetent chopping, you can see the encounter below.

Still, it is kind of amusing to see such a vintage game get airtime on popular American national television, even if it was for only a minute or two. I do in fact own a cartridge of Goldeneye, but I’ve never got round to playing it as I openly despise the N64 controller and find aiming to be horrifically awkward; a side effect of being brought up in an age where twin stick operation has been the norm for shooters.